The difference between Hemp and Marijuana has been on the lips of many lately. And that is because of the increasing demand for CBD, as people need to know more about their popular drug. People often get confused about Hemp vs Marijuana.

The truth of the matter is that marijuana can get you high but hemp can’t. The legal status of hemp is widely contested because it is a member of the cannabis family just like marijuana. If you have been wondering about this topic and what the differences are, then this article will provide you with the answers. It covers the distinction between hemp plantand marijuana, and why the two deserve separate legal statuses.

Hemp has been very popular lately due to the rise in cannabidiol products. People often search for hemp CBD as they believe it is of the highest quality. But what is hemp?

Hemp is the most potent natural fiber in the world, with more than 50,000 different uses ranging from textiles, industrial textiles, paper, building materials, body care, and food. Although industrial hemp is a member of the cannabis Sativa species, it is not a plant that can be used recreationally as a drug. Nowadays, it is used for extracting CBD to make food supplements.

Even though hemp contains a fair quantity of CBD, it is relatively low in the psychoactive, intoxicating compound THC. THC is known for causing the high associated with marijuana use. It is produced in cannabis plants, including hemp, as hemp contains low quantities. Industrial hemp contains less than 0.3% of THC by dry weight as Federal Law currently defines it.

If hemp is known as a cannabis plant that contains low quantities of THC, then marijuana contains much more of the intoxicating compound. Marijuana plants can hold up to 30% THC, and it has been used as a drug for a very long time.

The high level of THC is what makes marijuana cause a ‘high’ including effects such as euphoria and relaxation. It can also be used medicinally only in states where they are legal. Cannabis comes in different forms, including Sativa and Indica varieties, and each strain has different effects.

The Difference Between Hemp and Pot

This question is a confusing one, as many people don’t know the distinction between the two. Both belong to the ‘cannabis’ genus of plants. What does a hemp plant look like in its appearance? The differences between these two products will also be seen in their composition, usage, cultivation, and legality.

You can also call it hemp vs. weed. The usage of the word ‘marijuana’ was earlier as compared to ‘weed.’ Both marijuana and weed refer to cannabis, a plant which is popularly used to make psychoactive drug intended for both recreational and medicinal use. In appearance, marijuana looks different from hemp. When you observe their leaves, marijuana shape tends to be broad-leafed, with a tight bud, or look like a nugget with tiny hairs or crystals.

On the other hand, hemp has skinnier leaves that are concentrated at the top. Few branches or leaves exist below the top part of the plant. When observed at a distance, marijuana looks like a short fat bush. Hemp, especially the one grown for fiber or seed, is typically skinnier and taller up to about 20 ft.

When you compare a marijuana farm with those of industrial hemp, you’ll notice that they are very different from one another. This is what leads to the differences in usage and laws between the two.

Since hemp and marijuana are members of the cannabis species, they contain cannabinoids. They have different levels of cannabinoids. Hemp contains less than 0.3% of THC by definition, but marijuana contains 5-20% THC on average. Some strains may contain up to 30%+ THC, making them incredibly potent.

Hemp contains higher levels of CBD, while it is not uncommon for marijuana plants to test at less than 1% CBD. With this composition of cannabinoid, you cannot get high using hemp.

Even though both are cannabis, marijuana and hemp are grown differently. People that cultivate marijuana have to be very careful by monitoring temperature and humidity throughout every stage of growth. The plants are grown in separate parts or spread far apart with controlled nutrient intake.

On the other hand, hemp is simple to grow. The plants can be grown close together in any condition. Hemp is a hardy plant in the wild and does not require much care and attention. Its cultivators can quickly nurture it without the use of any chemicals or fertilizers. That is why most hemp plants are grown organically.

The usage of marijuana is reasonably limited. Users of the product can smoke it recreationally to get high or use it medicinally. This usually depends on the state where you reside.

Hemp has plenty of uses. Before it was outlawed, the cellulose-rich fibers of the hemp plant were used to make sails for the ship. The threads are useful for producing clothes, and can even be used in the construction industry. The seeds can be used for nutrition, while bio-concrete and bio-plastics are both possibilities when using hemp. Both plants can be used for CBD.

There was a time that both marijuana and hemp were illegal. Both plants are related, and because of that, the government (perhaps mistakenly) outlawed hemp at the same time they made marijuana illegal. This was a cause for concern, as hemp used to be widespread and used for a couple of things.

On the Federal level, marijuana remains illegal. Each state has its laws on marijuana. Some states allow it to be used for medicinal purposes by individual patients. A fewer number will enable adults to use high-THC marijuana for recreational purposes. However, it remains a controlled substance by the federal government.

As for hemp, it recently lost its status as a controlled substance. The 2018 farm bill removed hemp from the Controlled Substances Act. This allowed people to access hemp easily for the first time in decades though it is being outlawed in some states. Hemp is not legal everywhere.

While there are differences between hemp and marijuana, they are the same plant. Instead of splitting cannabis into two categories, we can benefit more from breeding plants for potential uses.

Since Hemp and Marijuana are used in a legal context, it’s essential to understand what they mean and how different they’re. We believe that this guide has helped you distinguish between the two. 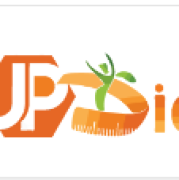